Sometimes the positive aspects of motherhood get swept away in the deluge of busyness, discipline, the day-to-day grind, and the bigger burdens that weigh us down.  Focusing on the little wins can be a great way to re-center and come back to what matters most.  So that’s what today is – a celebration of motherhood victories, whether they be big or small.  I’d love to hear yours in the comments.

I cut my teeth on knitting with my grandmother and little cotton dishcloths, but I really learned to knit many years later on hats.  Baby hats, more precisely.  I love baby hats. They knit up so quickly and can really be quite simple while still looking impressive but cozy.

I didn’t make any for Gabe…not sure why, really.  I suppose I thought they were too tricky? Or I thought I – with no kids and my part time job – didn’t have enough time? (Big fat HA!) I did knit him a simple, small blanket, but that was all he got.  Anyway, by the time Isla came around, I’d found this hilariously awesome and sweet book of baby hats and accessories that were just easy enough for me to complete while still stretching my skills just a little bit with each new hat.  The knitting was also good for my super crazy levels of anxiety, and I hammered out a blanket, two cocoons, and a handful of little hats. 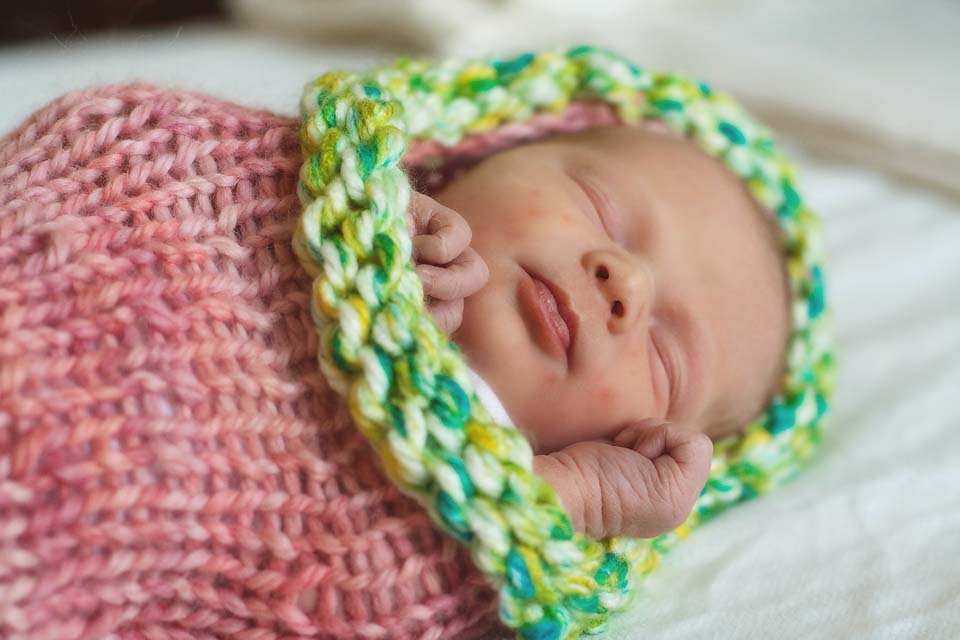 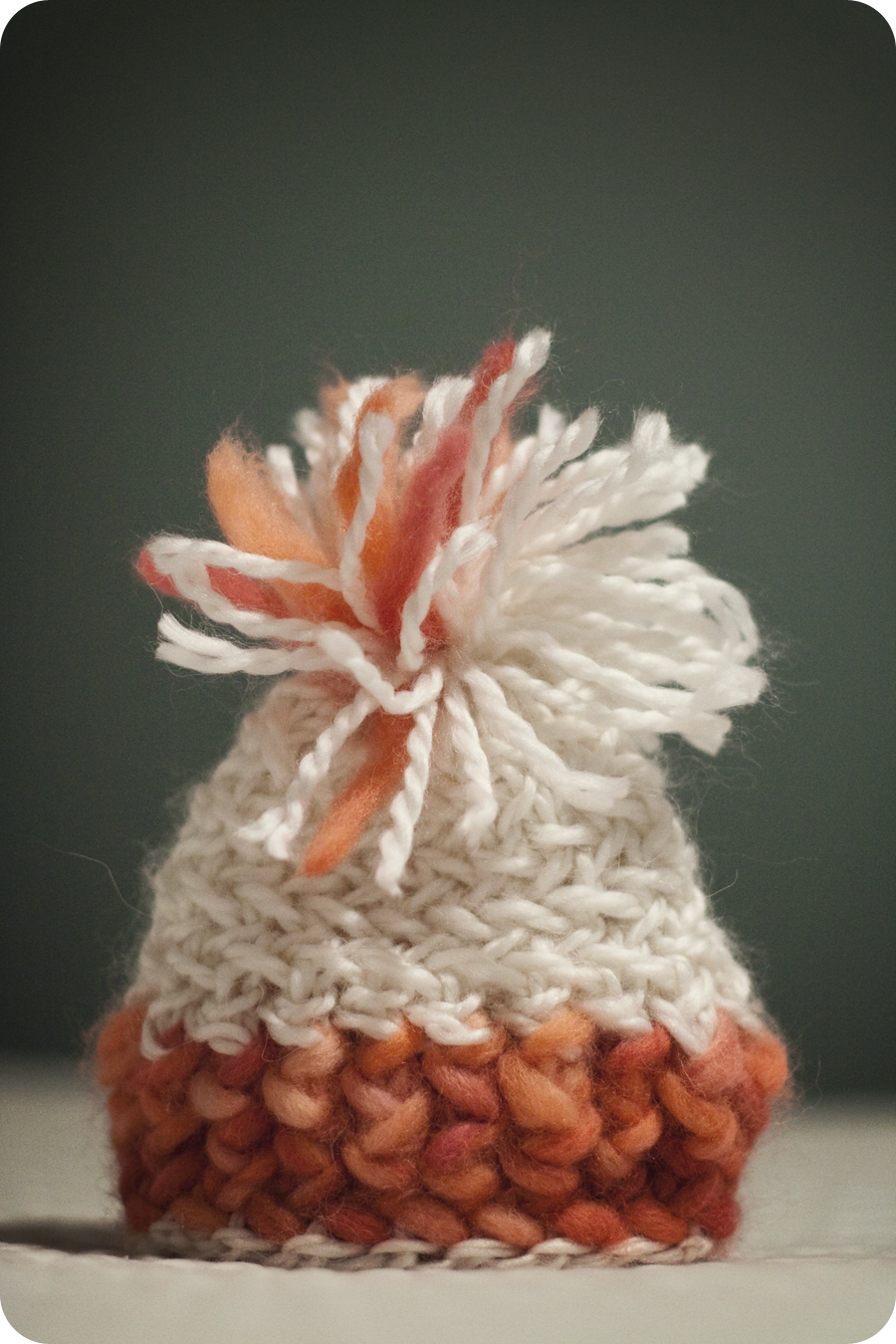 When I was pregnant with Jude, I didn’t want him to be left out, so he got his own blanket and a few hats, too, albeit by then I really didn’t have much time for knitting.  I did knit his coming home outfit, though, and I assuaged any guilt with the fact that I made his very first outfit – something that special must make up for a lack of hats, right? 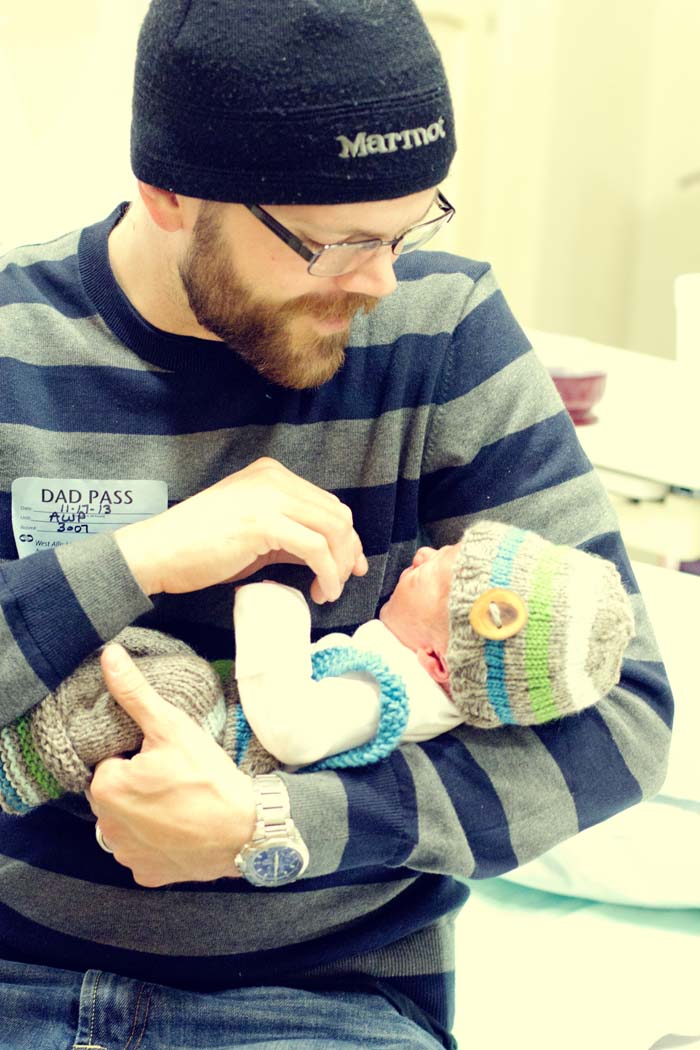 My littles aren’t so little anymore, and the book of patterns with which I fell in love doesn’t size up quite this high, so I’ve had to move on to greener (i.e. larger) pastures.  Enter Monster Knits for Little Monsters, a book I found in July while we were on our trip and looked like so much fun! I had grand plans for which hats my little people would wear this winter – a bluebird for Isla and an owl for Jude. But Isla had different ideas, so we settled on a robot for her (which she asked about almost every day for a week once we got home) and a fox for Jude.

I have been working on that dang robot for a month now!  I can’t even tell you how many times I’ve gotten halfway done only to screw up an important section and have no way to work my way backwards, so I’ve just pulled the whole thing out and started over.  I threw my knitting needles at the tv one night.  Perhaps not my best coping strategy.

BUT.  This week, I finished it!  Squee!  I mean, the basic hat portion.  Let’s not get carried away – not the whole thing. Yes, she did in fact wear it all day – even to bed, even while cooking…

Now I’m working on the accessories you attach to the hat to make it look like a robot, which I’ve pulled out and restarted a surprising number of times given that they’re not the least bit difficult.  Also, quite honestly, the whole thing looks TERRIBLE.  My gauge was all wonky and I can see where I made random errors and I’m going to have to embroider and sew in these next stages.  Yuck.    But the end is in sight, and it feels good to be near to finishing a project that will make my little girl’s eyes light up.

Oh, and we’re potty-training.  I’m calling that a win because I’m actually doing it.  Not that we’ve completed it or anything – just that I finally found the well of inner strength needed to start.  Not to mention I wind up paying as much in bribes as I do for several months of diapers… I think I’m doing this wrong…

I hate potty-training.  Did I mention that?

What was your win this week, big or little?  I’d love to hear about your win and cheer you on in the comments!