I thought I had gotten away with it.

Or, rather without it.  Playing, that is.  When Gabe was little, over and over again he’d ask about playing.  And I did play with him…some.  But playing with him was hard for me.  First, he’s a boy, and I’m a girl who grew up with no brothers.  Cars? Fighting? Chase? I do not understand any of these things! 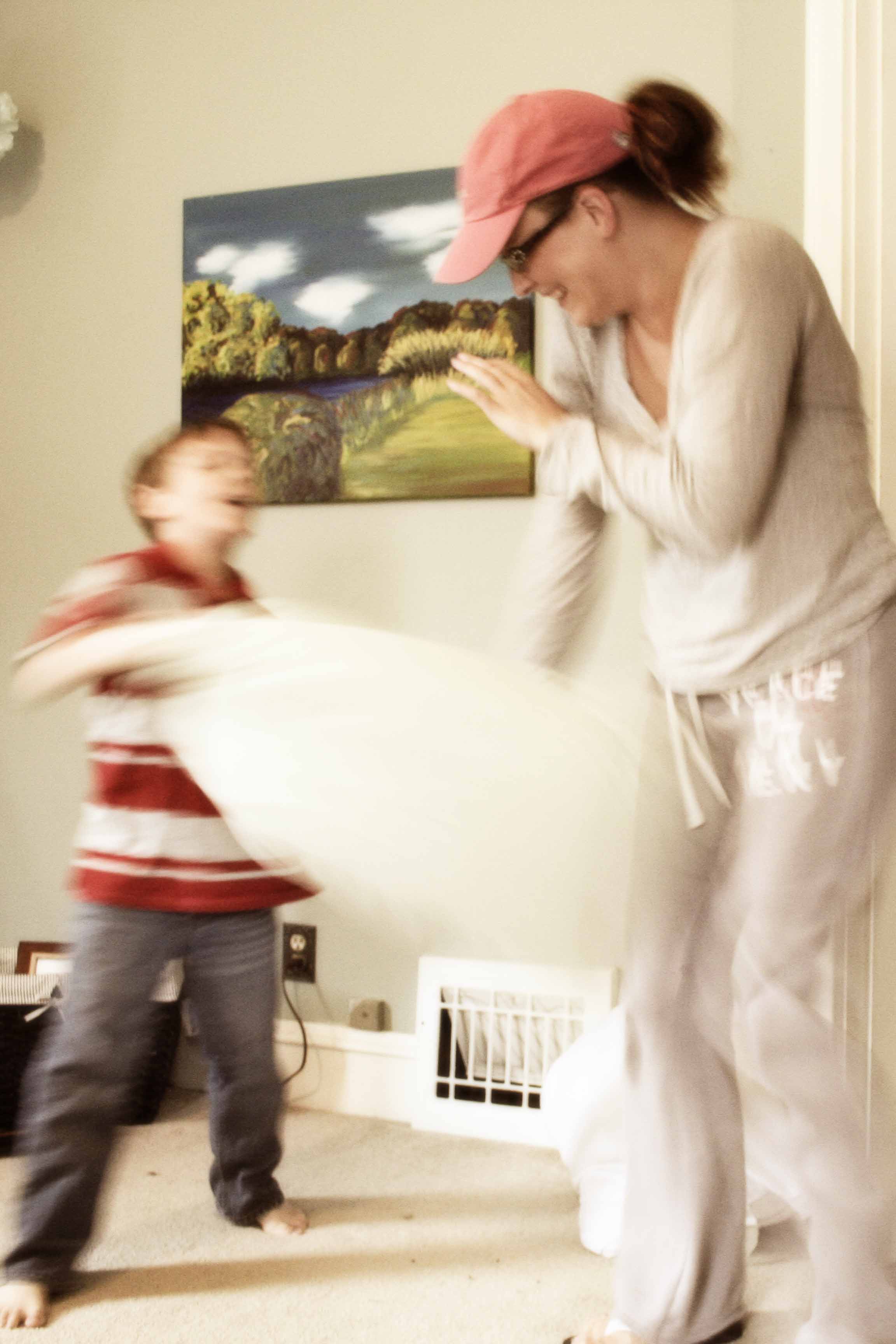 Second, give me an objective and I can play all day.  Well, maybe not all day, but I can do it.  Board games–even the dreaded Candyland! I like having objectives.  Gabe, however, did not.  You’d have to have played with him to fully understand, but he either has no objective, or (more likely) has a very complicated, off-label objective that has more rules than I could ever possibly remember.  I used to joke that he’d spend longer telling me the rules than actually playing a game!  Playing according to someone’s complicated and seemingly arbitrary rules is confusing, to say the least.

Third, I was depressed and anxious.  We were in the throes of infertility and miscarriage, and when we played, I had to be present–uncomfortably present, because slowing down to play child’s games took a pace just right to experience the ache of desire and the futility of hope. 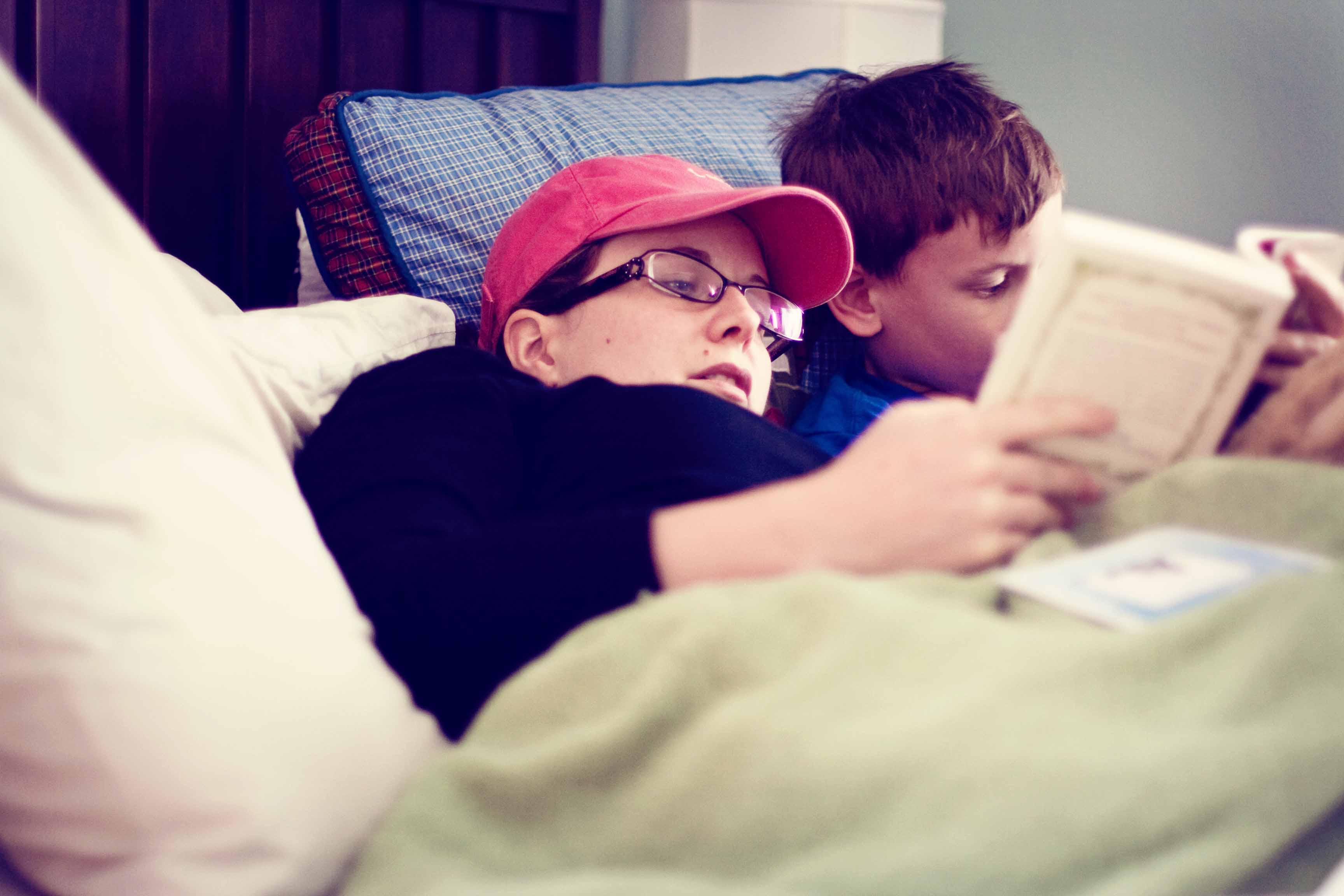 I tried to rally with reading.  I really could have read all day to him, and we did read tons.  But playing? Playing was not my forté.

For as much as I wanted more children, I wasn’t super excited about repeating the “play with me” stage.  But for three and a half years, Isla never asked! I’d read to her, cook with her, color and paint with her…but she never asked me to play.  I started thinking I’d gotten away without it.  Until recently.

Now?  Now, it’s all she asks for!  Before we leave for school, when we get home, all morning long, when I’m cooking, when I’m cleaning, when she’s supposed to be napping, after dinner, and when I put her to bed at night.  “Mom, want to play?” I knew I wanted to do a better job this time around.  Luckily, I have a little more in common with her games since they’re ones I played when I was little (e.g. they involve fictional characters conversing with one another…no hitting/shooting/exploding/etc.), and thankfully my emotional health is stronger than it was several years ago.  I still don’t love open-ended play, but it’s not a form of torture anymore.

Unfortunately for her, life with 3 children is much busier than it was when it was just Gabe, so there’s not always time to play. Even though I want to do better, she still asks a lot and I still find myself saying no frequently–often legitimate no’s, but no’s nonetheless.

What’s you’re child’s “thing?” How do they seek you out? Isla likes to play, and she loves me to play with her.  Gabe’s isn’t so much playing anymore, but he loves to tell me about his books and video games.  Jude doesn’t really have “things” yet.  Unless you count chocolate chips as his “thing.”  He loves to eat chocolate chips…

What if, this week, I made a point to seek out our children first and engage them in their things? What if, instead of waiting for her to ask, I said, “Hey, Isla? Want to play?”  What if I asked Gabe to tell me about the next structure he’s hoping to build on Minecraft?  What if we thought of the thing we often find ourselves saying “no” to and say yes before they even ask?

I’m going to do that this week, hopefully at least a few times for each of them.  I want them to know that I see them, not just in a physical sense, but that I see their passions and the things that make them excited and I want to meet them there and share those with them.